Deepa Mattoo is a passionate defender of women’s rights to safety, access to justice and self-determination. She exemplifies the spirit of Barbra Schlifer in her daily work to create the possibility of freedom from violence, coercion and discrimination.

At the South Asian Legal Clinic of Ontario (SALCO), where Deepa is a staff lawyer, she has become well-known and well-regarded for her skill and humility in defending the complex rights of women in legal and public policy contexts that often seem to simplify women’s claims into oppositions between their rights to enjoy their culture and protections on the basis of gender.  Refuting such easy oppositions, Deepa is able to take daily struggles for individual rights, and elevate what they reveal about systemic failures in immigration policy, family law and criminal law.  She creates informed activist debate, while keeping her clients’ wishes and instructions at the fore. Her voice was a pioneering one in the complex nexus of issues raised by forced marriages. Hers was a nuanced struggle to begin with facts, and then protect and inform women, as well as critique paternalistic state approaches that only further disempowered the very women they purported to assist. 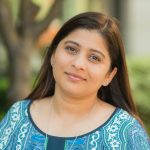 Deepa has over 17 years of experience providing direct Human Rights related services. Deepa’s commitment to increasing access to justice for vulnerable groups began when she practiced law in India, focusing on Criminal and Civil matters. Her advocacy for human rights issues has extended to Asia, Europe and North America. She has become an

expert on issues related to access to justice for women and children’s rights, as well as LGBTQ rights, income security, immigration and poverty law, and not-for-profit empowerment in Asia. Deepa has appeared before parliamentary committees and commissions on a wide range of social justice and human rights issues as wellas acted as an observer at various forums. She has represented clients at the Federal Court of Canada, the Ontario Court of Appeal, Human Rights Tribunal and Immigration Refugee Board.

Deepa remains involved in the Forced Marriages Project, which is a part of the Network of Agencies Against Forced Marriages that is chaired by SALCO. She has presented on forced marriages and so-called honour-based violence at many Canadian events and conferences, and has organized and participated in national training and awareness raising activities.

Deepa encourages her clients to take action, and guides them with her support and positivity. Her contributions to bridging the knowledge gaps between law and violence against women-serving agencies exemplifies what the Spirit of Barbra Schlifer Award stands for.