Toronto, Tuesday, May 9, 2017 – Loly is the co-director and founder of FCJ Refugee Centre and an undisputed leader for the rights of refugee women facing violence. The Award, sponsored by Torys LLP, is given annually to a woman whose work is dedicated to improving the lives of women experiencing violence.

“We are overjoyed with the nomination of Loly for the Spirit of Barbra Schlifer Award,” says Amanda Dale, the Clinic’s Executive Director. “Loly’s work demonstrates her deep solidarity with those whose path she has also walked. She works tirelessly to find practical solutions to meet the daily survival needs of uprooted women, many of whom are survivors of violence and trafficking.”

Loly will receive the Award on June 8, at the Annual Tribute, the largest fundraising event for the Barbra Schlifer Clinic. The Tribute event, hosted by Blakes LLP, will once again feature Marivel Taruc, news co-host of CBC Toronto, as the evening’ s master of ceremonies.

“The event is a beacon to those wanting to inspire change,” says Dale. “For many, the Annual Tribute represents a community coming together to honour the more than 3,800 women who call on the Clinic each year because their lives have been interrupted by violence, and the dedicated women who work to bring safety, compassion, and freedom to the lives of these women”. 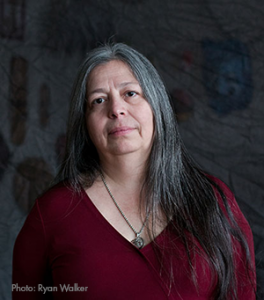 Loly immigrated to Canada with her husband and their children to escape political repression in El Salvador in 1990. Through her experience as a refugee, she became acutely aware of the obstacles encountered by refugees and was determined to assist other refugee women escaping violence.

Most recently, Loly played a significant role in building the Toronto Counter Human Trafficking Network. Under her leadership, the Network works closely with the City of Toronto and the Province of Ontario to further the anti-trafficking strategy adopted by both governments. Loly is also the President of the Canadian Council for Refugees, and a past President of the Ontario Coalition of Agencies Serving Immigrants.